The Secret of the Beers

Craft Beers The Secret of the Beers 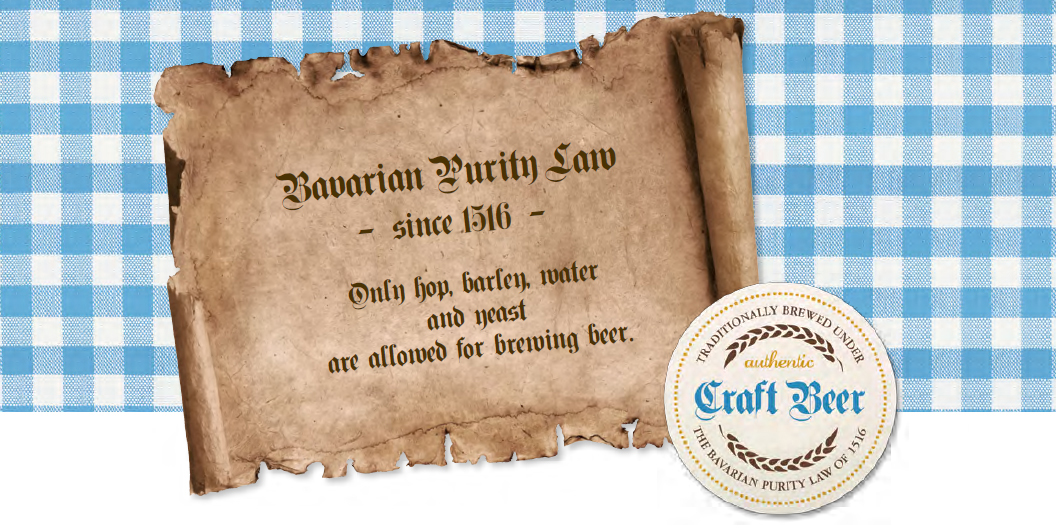 THE SECRET OF THE BEERS

Two things make beers from the Bavaria and Salzburg regions so special – the LAW and the LAND. Bavaria has the oldest food regulation in the world still in force – Bayerische Reinheitsgebot, also known as the Bavarian Beer Purity Law. Enacted almost 500 years ago by the Duke of Bavaria, Wilhelm IV, the law set strict standards for brewing beer, including what goes into a Bavarian beer.

Ever since, hop, malt, water and yeast have been the only ingredients that can be used in beer brewing. Having little else to work with, breweries are compelled to perfect their artistry and use only the best ingredients in order to make a good beer.

The location of the breweries also plays a decisive role in defining the beers. The adjoining regions of Bavaria and Salzburg are blessed with an abundance of natural mountain mineral springs. The crystal-clear spring water goes directly into the brewing process to impart to the beers that clean, crisp taste.

In the following pages, you will see how our innovative Bavarian and Austrian breweries all use the same few ingredients and yet create beers that each has a very unique character!